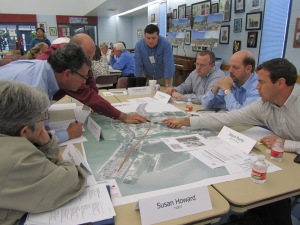 The Harbor Bridge Citizens’ Technical Advisory Committee (TAC) is an advisory group composed of interested stakeholders, technical experts, and agency representatives within the community who represent a broad range of views, backgrounds, and interests. The committee serves in an advisory role to the Harbor Bridge project team by providing technical advice and guidance regarding resources and issues that are of particular interest to the community throughout the EIS and schematic (preliminary engineering design) for this project.

Criteria considered by TxDOT for TAC membership include:

Members can nominate themselves or be nominated by others. TxDOT makes the final decision on membership based on the criteria described above.

The mission of the TAC is as follows:

The TAC meets at least three times a year. Meetings are led by a facilitator and are open to the public. Individuals who are not TAC members are welcome to provide input during a public comment period at the end of each meeting.